Saint Leo the Great Church has grown from a small but dedicated parish celebrating Mass in a Silver Spring barn to a thriving faith community of over 1900 families embracing more than 5000 parishioners.

A Parish is Created

The Church of Saint Leo the Great was born of Sacred Heart of Jesus Church in Lancaster. In January 1963, the Diocese of Harrisburg purchased property from the Rohrerstown estates of John B. Seitz and Ada H. Aungst, to be used as the site for the new parish.
February 4, 1964 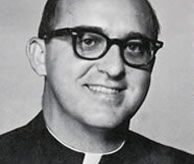 On February 4, 1964, the Most Rev. George L. Leech, Bishop of Harrisburg, announced that the new parish would be canonically established on February 22 and its patron would be Saint Leo the Great. The Rev. Edward J. Deller, assistant rector at St. Patrick Cathedral in Harrisburg, was appointed parish administrator. (Father Deller was appointed pastor in 1967.)
February 24, 1964

The first Mass was celebrated on February 24, 1964, by Bishop Leech. The Mass was offered in what had become known as the “Rustic Barn” in Silver Spring. The barn had been rented to provide a temporary site at which the new parish would conduct its worship and work.
April 14, 1965 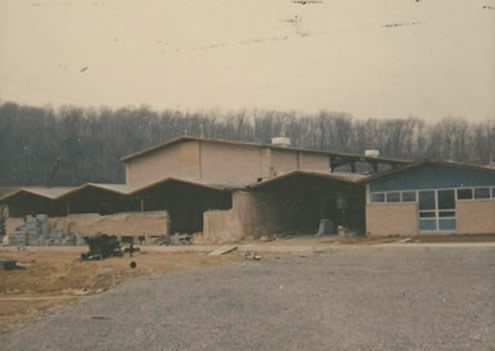 In June of that year, architects for the proposed convent and school were selected. Contracts for construction of the buildings were awarded on April 14, 1965, and construction began just six days later. The official groundbreaking ceremony for the school and convent were held April 28, with Bishop Leech wielding the first shovelful of earth in the presence of joyous parishioners and welcoming members of the Rohrerstown community.
September 8, 1965 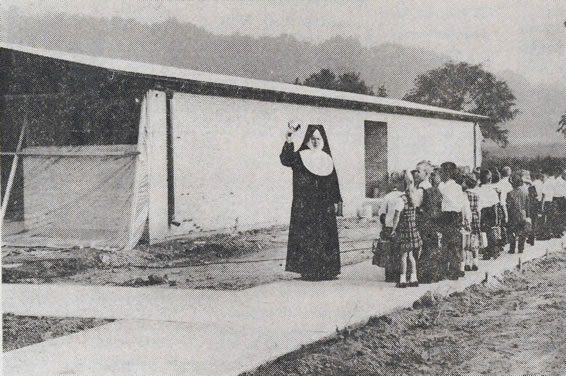 The Solemn Blessing and Dedication of Saint Leo the Great School and Convent was held June 19, 1965. The convent was completed in August 1965, and Mother Regina Isabelle, Sister of St. Joseph, was appointed the first Superior of the new school. On September 8, 1965, 242 first through sixth graders began classes in the still unfinished Saint Leo the Great Elementary School, which was yet without doors, lights, windows or heat.
December 11, 1971

The cornerstone was laid November 11, 1965, with Monsignor Joseph Schmidt, then Executive Director of the Diocesan Mission Board, officiating. (For the next 26 years, Masses were celebrated in what is now the school’s gymnasium.) In December 1971, the construction of the rectory was completed.
June 18, 1981

June 18, 1981 our second pastor, the Rev. William J. Sullivan, was appointed to assume leadership of our parish community.
May 1, 1986 In May 1986, the parish welcomed Sr. Dorothy Wilkinson, as the new Director of Religious Education.
August 26, 1990

The groundbreaking ceremony for the new church building was held August 26, 1990. In July 1991, the cross on the steeple was set in place and in September, Masses were moved to the new sanctuary. The new facility has a seating capacity 925. The formal dedication of the church was held on the afternoon of Sunday, November 3, 1991. In the presence of 900 parishioners, Bishop Dattilo formally dedicated the church. For more than 27 years, the family of Saint Leo the Great had worshiped together, first in a barn and later in a school gymnasium. But now, the amazing dream had been fulfilled and the congregation finally had a true home.
July 1, 2008 In July 2008, our third pastor, the Rev. Peter I. Hahn, took over as the spiritual leader of Saint Leo the Great parish upon Father Sullivan’s retirement.